I spent nearly four years at News1130 from 1999, when I was hired as a student intern, to 2003 when I resigned from the station as the morning show reporter.

Over that time I was fortunate to cover some major local stories, such as the Winter Olympics being awarded to Vancouver, a deadly sniper investigation in the United States that drew national attention, and the first 90 days of a new Liberal Government in the Province of British Columbia.

I worked weekends and overnights as a cub reporter, including a stint in the News1130 sports department, before settling in as the morning show reporter and relief anchor.

I was also the first legislative reporter in the station’s history.

While I’m no longer employed in journalism, I am still frequently asked to appear on radio or television to discuss current affairs.

The guest appearances began during my career at News1130 and continue to this day, now primarily pertaining to China’s growth and its impact on the world.

Starting in 2007 I was a regular guest on the Charles Adler Show, a nationally-syndicated talk show in Canada, to discuss Beijing’s preparations for the 2010 Summer Olympic Games.

Canadians in China were on edge after China retaliated against Canadians for the arrest of Meng Wanzhou, a senior executive with Huawei. Meng was detained in Vancouver in December 2018 in a sensational arrest that roiled stock markets and plunged the Canada-China relationship to its lowest point in years. China sentenced a Canadian citizen to death in January 2019, upping the ante in the dispute that’s leaving many Canadians wondering if they should stay or continue to visit China.

The day after Donald J. Trump defeated Hillary Clinton in the United States Presidential Election, hundreds of people began to gather in front of Trump Tower in New York where the President-elect was planning his transition. The spontaneous protests blocked 5th Avenue and drew worldwide attention.

Pro-democracy protests roiled Hong Kong in the fall of 2014, blocking key streets months and drawing worldwide attention for the first major protest against the Communist Party of China since 1989. By October, the protests were beginning to lose some momentum, with the Chinese government beginning to fight back on the streets.

China’s Olympic torch relay was hit with protests in several countries as people complained about the country’s human rights record. One of the most notable incidents happened in France, as protestors attacked a torch carrier.

China’s Olympic torch relay was hit with protests in several countries as people complained about the country’s human rights record. One of the most notable incidents happened in France, as protestors attacked a torch carrier.

The 18th Anniversary of the Tiananmen Square Massacre, Whiped from China’s history books

The photo of Tank Man may be iconic in the west, but the Chinese government has yet to come to terms publicly with the events in Tiananmen Square on June 4, 1989.

The International Olympic Committee announced the finalists for the 2010 Winter Olympic Games, and Vancouver was on it. The announcement sent a jolt of energy through the city as people began to realize their dream may come true.

The opening of the major 8:00am newscast broadcast live on News1130 with my co-host Dianne Newman.

Sniper Search Focuses on Small Washington State Town
A sniper was terrorizing Americans in 2003 along the East Coast, shooting and killing innocent civilians in public from long range. The story was covered incessantly by US cable news outlets, when it was eventually discovered that he had spent time in Washington State. This report is from Bellingham, Washington, where the sniper suspect was well known.

“Serial Killer Tavern” a Regulator Haunt for Deadly US Sniper
As the investigation into a deadly sniper in the United States gained momentum, the focus turned to his years spent in Washington State, just south of Vancouver. In fact, the suspect wasn’t the only high-profile accused killer to spend time in the area.
Diana Krall Wins Big at Canadian Juno Awards
A look at the big winners from the 2002 Juno Awards, Canada’s version of the Grammy’s.

Armed Man Accused of Abducting a Vancouver Woman
An abduction of a teenaged girl from a suburb of Vancouver made headlines, with the accused driving into British Columbia’s interior to evade police. The woman managed to escape, but law enforcement were searching a forest for a sign of her captor.
Creepy Graffiti Appears on Vancouver-area School, Spooking Parents
Graphic, sexual language was crawled on the walls of a school in a suburb of Vancouver, frightening parents and forcing police to find out who did it.

Women’s Equality Comments Land BC Minister in Hot Water
Lynn Stephens, a cabinet minister in the British Columbia Provincial Government, made startling comments about the pay gap between men and women in front of reporters. She said women are paid less because they choose to work less. When she was confronted about her comments, she said they were not reflected accurately in the media. But which parts?

Sign up to get the latest posts straight to your inbox 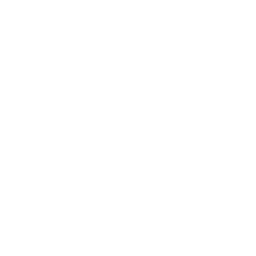