watchOS 6 has some mighty fine improvements and one weird change.

The Apple Watch has grown and evolved so much over the years that the latest iteration, the Series 5, is basically an entirely different product from the original (now termed “Series 0”).

The Siri watch face was introduced in 2017 to fulfill the watch’s initial promise: provide the information the user wants in the context and moment the user wants it. It sounds like the ideal reason to own a smartwatch, but it didn’t really work. The watch face, which presents bits of data on cards (pictured below), mostly contained the weather forecast and reminders to stand up and breathe.

Last year Apple opened up Siri to developers, greatly increasing the amount of data that could potentially be shown. Relevance is the most important for a service like this, so users were given the option of selecting which apps should have access to Siri. Here’s the key: it was easy to figure out how to do that. Open the Watch app on the iPhone, tap Siri watch face, and voila: a selection of data sources that can be turned on or off. Great!

Ah, maybe not so great. 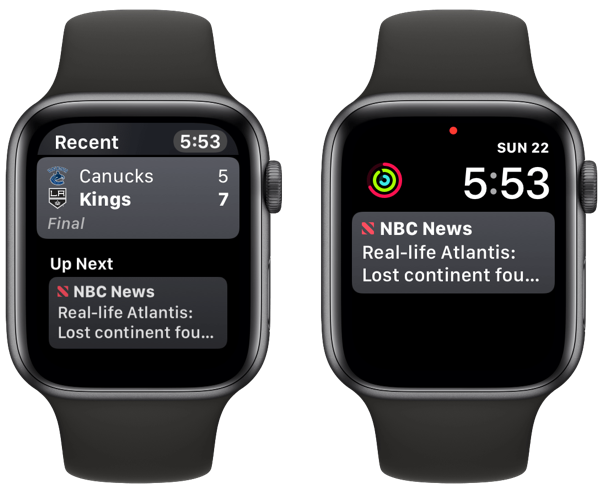 I love the idea of the Siri watch face and think it could be the primary and most useful face for most people. I’d love to see the weather when I wake up in the morning, the time of my first meeting, maybe a news headline or two, and when the Canucks game starts (they are played in the morning here in Asia). Throughout the day different apps could push information to me that I want or need, when I want or need them.

It all sounds fantastic, but it’s never really worked that way. I tried the Siri watch face for a while when it was released with watchOS 4 before reverting to another face. When Apple opened things up in watchOS 5, I thought I’d give it another shot to see if it got any better. I was eager to pick the data sources, which were conveniently right where I expected them to be: on the Siri watch face screen in the Watch app on the iPhone. I mean, makes perfect sense, no?

Today, with watchOS 6 installed, I again thought of giving it another shot. I went to customize my settings but there was nothing there. No data source selection. I tapped around both the phone and watch trying to find this mysterious setting before eventually succumbing to Google.

So, dear reader, I will save you the time and reveal the odd place this setting is located. These instructions assume you’ve already added the Siri watch face to your “My Faces” section. Here’s how to find the data sources: 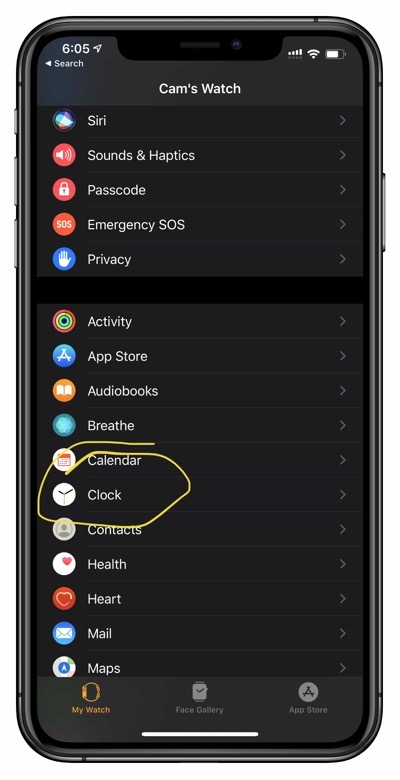 3. Scroll down to the very bottom of the page, where you’ll find “Siri Face Data Sources”. Tap that. 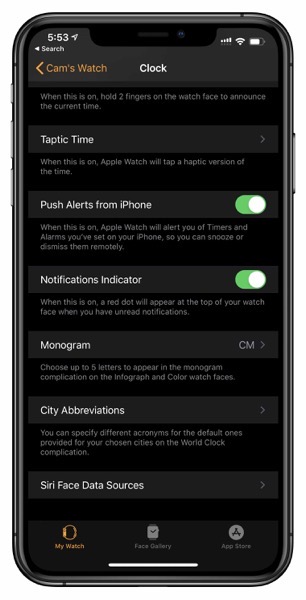 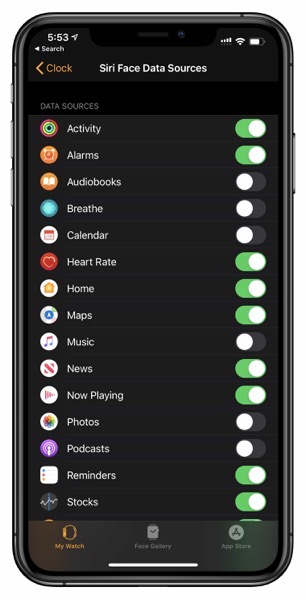 Now that I’ve found it, I’m excited to see if the watch face is any more useful. Fingers crossed.