A slide that drew the most attention had nothing whatsoever to do with the purpose of the presentation.

I had the privilege of talking to communications students this morning at Hong Kong Polytechnic University. People who know me will be aware that I don’t have a university degree, but rather a diploma from the British Columbia Institute of Technology. The story of how that happened can be saved for another day — but suffice to say, I managed to skip the university lecture ritual in my early 20s, making it quite ironic that I found myself speaking to students who were in their master’s degree program.

I’ve given many, many presentations over the years but this was the first time I had to stand and speak for three whole hours. There’s a coffee break in there too, but it’s negligible. I worked on the presentation last night until quite late, finally wrapping up with 85 slides plus some live poll questions.

The lecture itself was called Digital @ Work & Play, and introduced the students to digital communications within a corporate setting, as well as how to build a personal brand and some key, “secret” tools to help make that happen.

I received a number of questions afterward, focused almost entirely on the software tools used to help create content, grow audiences, and measure the success or impact of any given campaign. I’ve realized over the past few years that while everyone knows all about Facebook, WeChat, and Twitter, few are aware of some of the cutting-edge tools that make content creation easier than ever before. The gap isn’t so much in capability but in the knowledge of what’s out there. I’m reluctant to share too many details because it would blow my cover!

I enjoyed the session even more than I thought I would, but the reaction to one slide surprised me. It’s a slide that clearly struck a nerve because a few people mentioned it to me afterward. It was this: 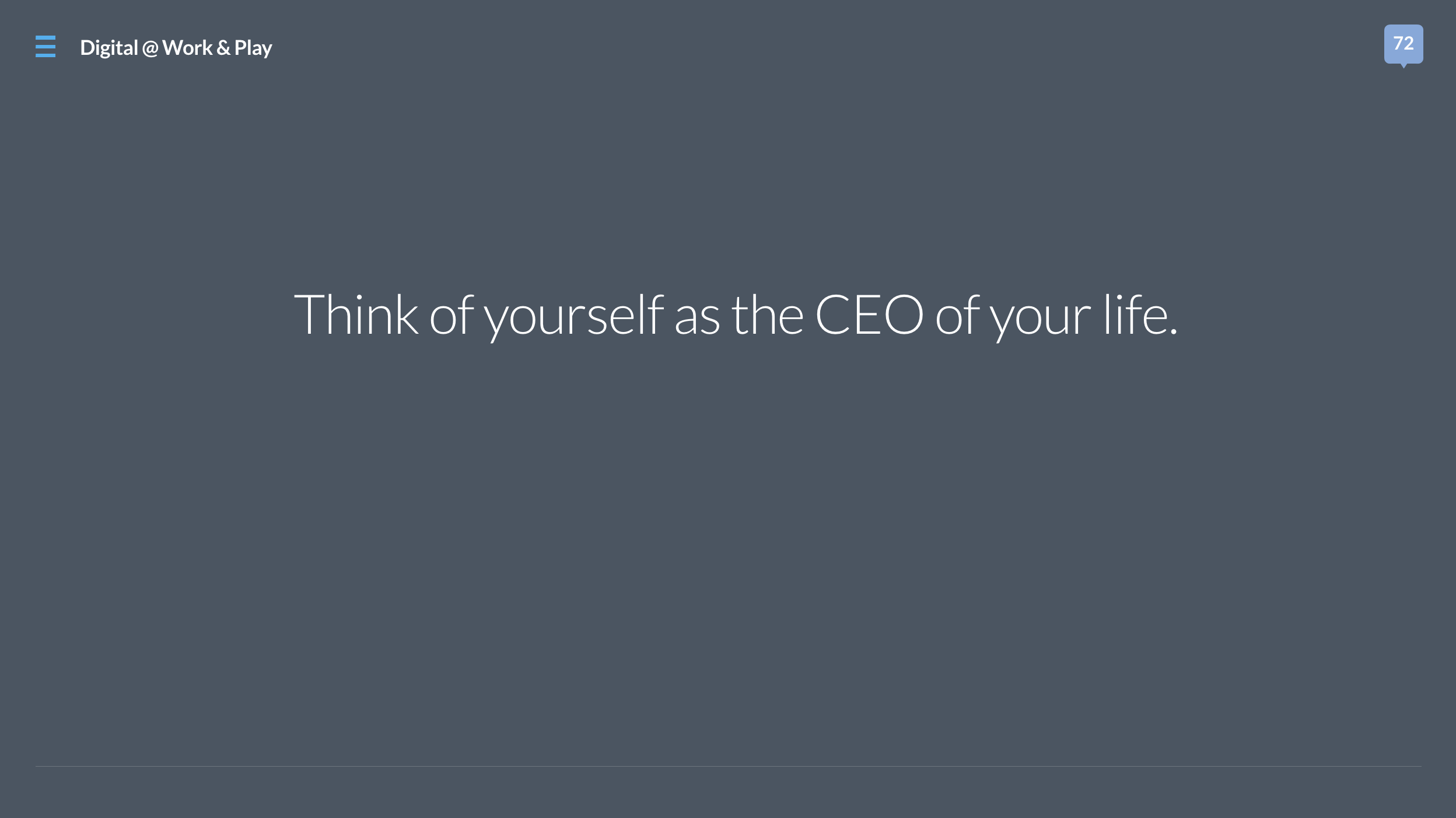 I’m not even really sure why I included this slide, but in retrospect I’m really glad I did. I have been thinking this way for a long time, as people who know me personally would attest.

I do think of myself as the CEO of my own life, and like I told the students, you should look back at the work of the CEO at year’s end and decide if the CEO deserves a contract extension or needs to be replaced. Based on the goals set at the start of the year, one’s age, and one’s personal circumstance is the CEO doing a good job? Is the CEO managing risk properly? Putting in contingency plans? Growing the business? Getting results? Or has the CEO missed some opportunities? Made some bad decisions that hurt the business?

It can be an eye-opening and often uncomfortable experience asking these questions of oneself if they’re considered honestly. In a way, this one slide could be more important than the other 84 combined, because it applies to everyone.

Overall I really enjoyed the session — the students were curious and it was great engaging them in discussions and helping answer their questions.  I was a bit nervous preparing for such a long talk, but it went better than I thought it could. I’ve already been asked back to do it again for new students next semester, and I’m looking forward to it — particularly because I can recycle my deck! ???? 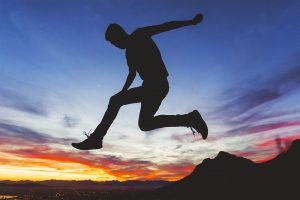 PrevLet’s get it on
Apple News notable for doing what was once a sacred responsibility: detailing candidates’ policy positionsNext